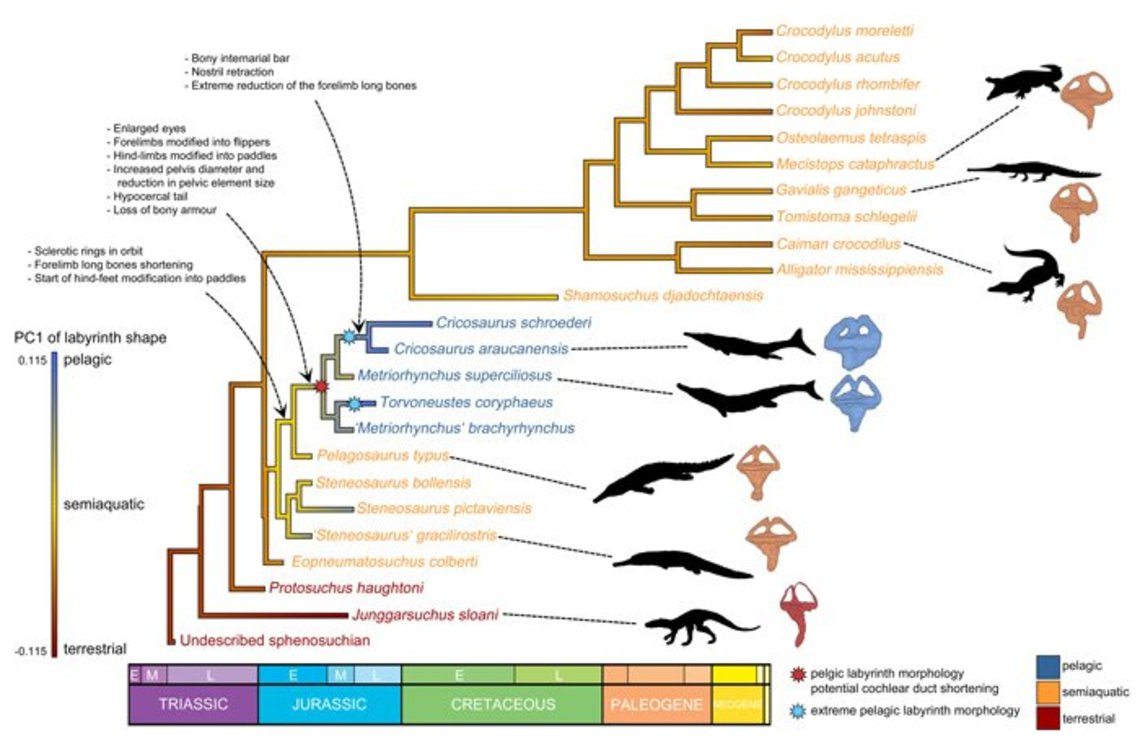 Major evolutionary transitions, in which animals develop new body plans and adapt to dramatically new habitats and lifestyles, have punctuated the history of life. The origin of cetaceans from land-living mammals is among the most famous of these events. Much earlier, during the Mesozoic Era, many reptile groups also moved from land to water, but these transitions are more poorly understood. We use computed tomography to study changes in the inner ear vestibular system, involved in sensing balance and equilibrium, as one of these groups, extinct crocodile relatives called thalattosuchians, transitioned from terrestrial ancestors into pelagic (open ocean) swimmers. We find that the morphology of the vestibular system corresponds to habitat, with pelagic thalattosuchians exhibiting a more compact labyrinth with wider semicircular canal diameters and an enlarged vestibule, reminiscent of modified and miniaturized labyrinths of other marine reptiles and cetaceans. Pelagic thalattosuchians with modified inner ears were the culmination of an evolutionary trend with a long semiaquatic phase, and their pelagic vestibular systems appeared after the first changes to the postcranial skeleton that enhanced their ability to swim. This is strikingly different from cetaceans, which miniaturized their labyrinths soon after entering the water, without a prolonged semiaquatic stage. Thus, thalattosuchians and cetaceans became secondarily aquatic in different ways and at different paces, showing that there are different routes for the same type of transition. 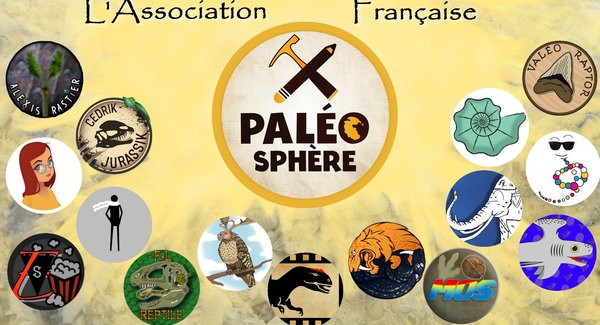 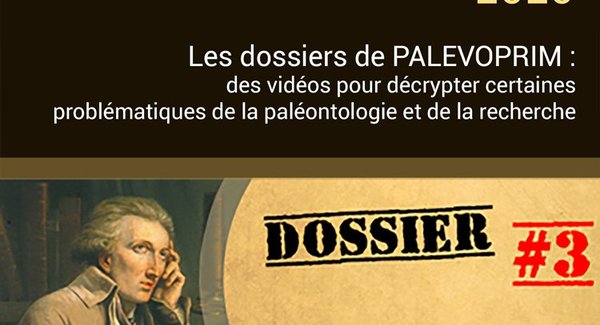 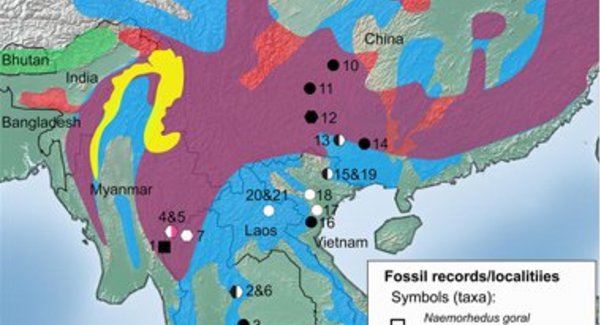 Long-Term Isotope Evidence on the Diet and Habitat Breadth of Pleistocene to Holocene Caprines in Thailand: Implications for the Extirpation and... 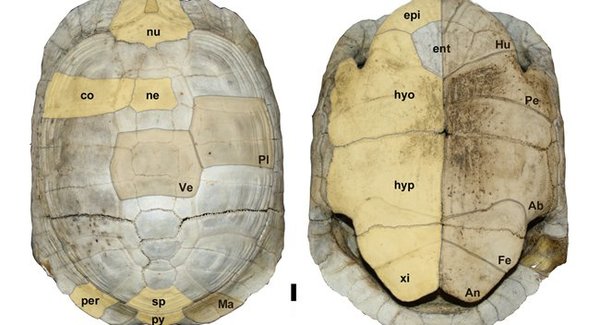